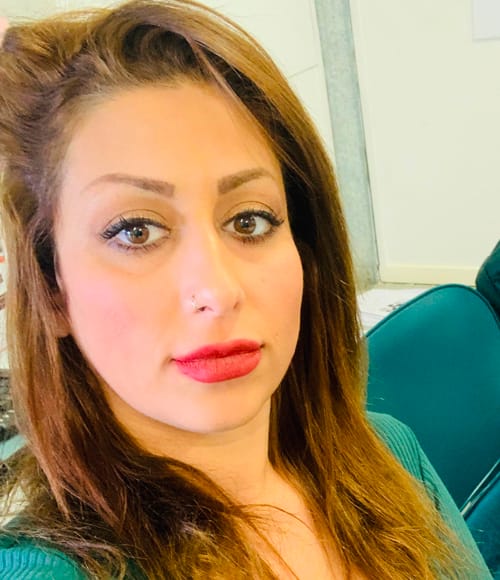 Ghazal arrived by boat to Australia in 2013. She had no desire to leave her Iran but she wanted to be reunited with 7.5-year-old daughter who was in Australia. On arrival, she spent two months in a detention centre on Christmas Island, was then transferred to another detention centre in Perth.She was reunited with her daughter in Melbourne a few weeks later. As a single parent in a foreign country, away from her family, Ghazal felt very isolated, lonely and depressed. She isolated herself further as she lacked the confidence to speak English and was very embarrassed by her inability to communicate with people. This made it even more difficult for her to reach out to anyone in the community.

Then one day, after 4 years, she decided that she had to act and make changes in her life. Ghazal started to make inquiries about learning English. She felt she needed to be productive and useful in the community because she always wanted to help other people and dreamed of studying pathology. Ghazal started English lessons once a week in a church and then one day a friend told her about her experience at PRACE. Ghazal arrived at PRACE with the goal of improving her English for a couple of years in order to pursue her studies in pathology.

Ghazal is an amazing young woman who has dealt with a lot of adversity. She has an incredible sense of humour and and shows kindness to everyone around her. She has the ability to keep going and set herself a good realistic pathway into meaningful work and future.

After she joined PRACE’s Certificate III in English as an Additional Language (EAL), it was like she was just awakening. She was finally ready to learn and ever since she has really applied herself. Ghazal has an incredible creative approach to her learning and her writing skills. She is caring and supportive, which makes her a very well-loved member of the class. She makes people feel welcomed and accepted.

Ghazal has had to make some very difficult decisions this year but has still attended class and has not lost sight of her plan to study pathology after completing Certificate III in EAL.